In late 2017, the Gila Topminnow, a tiny Sonoran Desert native fish, was discovered in the flowing stretch of the river in Tucson after a 70-year absence.

Since the 1970s, the release of highly treated wastewater (effluent) has created a flowing river and a green riparian corridor extending over 20 miles. This habitat was enhanced in 2013 when Pima County upgraded its wastewater reclamation facilities. This cleaner water has increased the replenishment of our groundwater aquifers, brought back diverse aquatic wildlife (including five species of fish), reduced odors, and created a place for human recreation and enjoyment.

With funding from the Center for Performance and Civic Practice’s Catalyst Initiative, I worked with Brian Powell of Pima County Office of Sustainability and Conservation and Claire Zugmeyer of the Sonoran Institute, to conceptualize ways to bring the story of the “living river” to the public.

The Gila topminnow became our messenger.

I created stencil artwork of the fish and wrote its story in six short “chapters” to alert cyclists, runners, walkers, and others using the section of the Loop Path along the Santa Cruz, of its existence in the river. I placed the fish and its story in urban locations to further connect the public the river. We also held a community picnic to celebrate the topminnow’s return and a bike ride along the Loop. 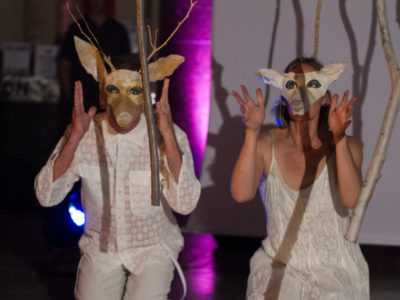 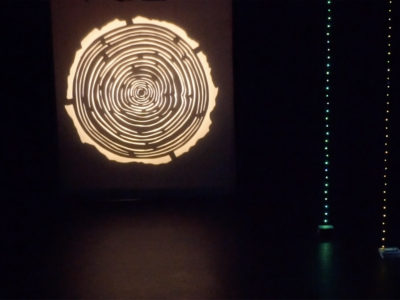 Next Project (n) A Forest Is the Moon in Slivers