I make things with words, images, bodies, light, nature, and you.

Scroll down to pass the lightest object to my other works. 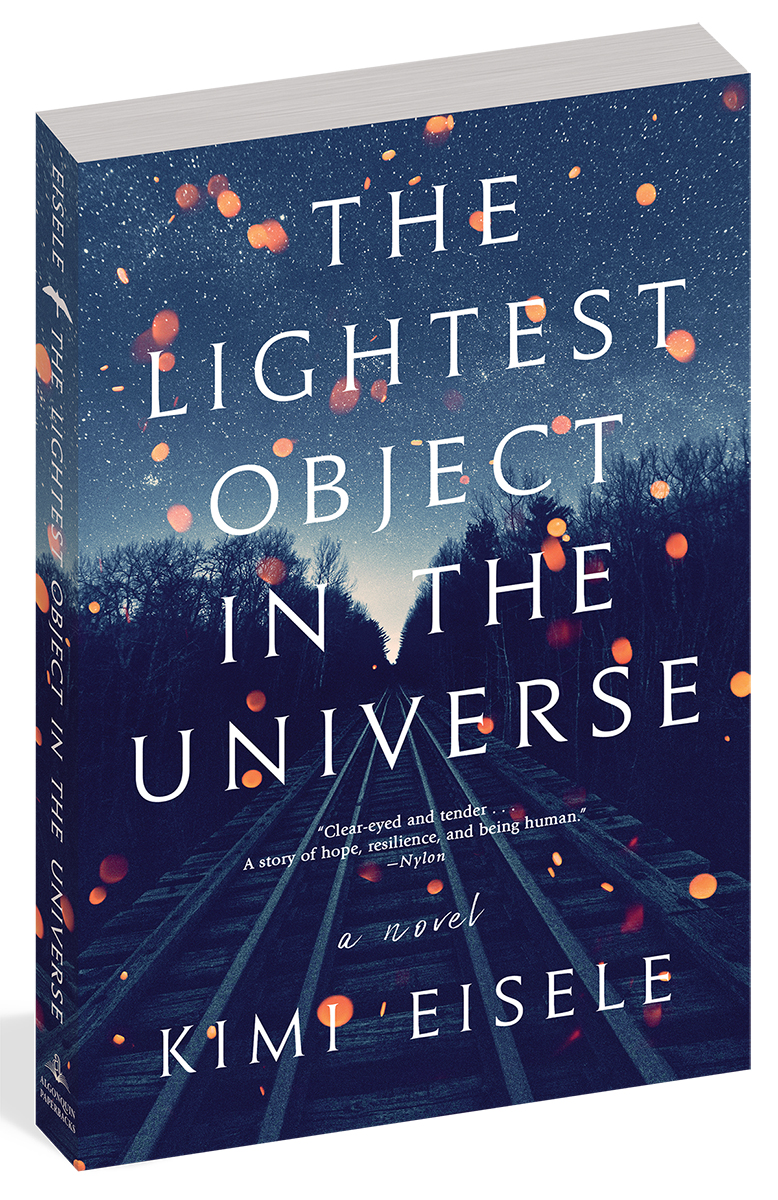 Now out in PAPERBACK!

“In The Lightest Object in the Universe, author Kimi Eisele explores how humanity would have to evolve, relying on hope and love to ultimately sustain humankind.”
—The Associated Press

“A worthy addition to the realm of speculative fiction . . . More than just standard techno-challenged-humanity-rendered-atavistic fare, this is a love story. More accurately, the quest for love and its potential in a world demanding to be rebuilt.”
—The Millions

“Clear-eyed and tender . . . an enlightening, though never precious perspective on what it means to rebuild something, rather than just wallow in destruction. It’s a story of hope, resilience, and being human.”
—Nylon

“It’s Sleepless In Seattle meets Station Eleven . . . the leisurely chapters are full of beauty, the characters are layered and nuanced, and the plot still moves at a faster clip than Charles Frazier’s Cold Mountain, another Odyssean novel about lovers separated by harsh geography. To be fair, there are plenty of horrors in Eisele’s version of the apocalypse . . . But unlike The Road, The Lightest Object is mostly interested in the survivors who are kind to one another. If that sounds naïve, maybe Cormac McCarthy made us all too cynical.”
—The A.V. Club

“A near-future apocalypse forms the backdrop for an intense, moving romance in Eisele’s smart debut . . . Fans of Station Eleven will particularly enjoy this hopeful vision of a postapocalyptic world where there is danger, but also the possibility for ideas to spread, community to blossom, and people to not just survive, but thrive.”
—Publishers Weekly

“This is Charles Frazier’s Cold Mountain crossed with Emily St. John Mandel’s Station Eleven. Filled with luminous writing and messages of love and hope, this story will motivate everyone to sharpen their ham radio skills.”
—Library Journal

“A compellingly realistic depiction of the world after the collapse of civilization, although at its heart, it is a love story told in the vein of Cold Mountain . . . The Lightest Object in the Universe is an intriguing and engrossing debut novel that will leave readers thinking about their own ability to survive, their own capacity for love, and their willingness to face catastrophe with hope.”
—New York Journal of Books

MORE ABOUT THE BOOK

Two characters in THE LIGHTEST OBJECT IN THE UNIVERSE write and sing a corrido about their journey to the Center. A corrido is a Mexican ballad that narrates an event in time & place. I asked my friend Jesús Garcia to put the song to music, which he did for the launch party of the novel. Here he is with his band, Tradiciones. Filmed on July 9, 2019 at Exo Bar in Tucson.

A Forest Is the Moon in Slivers

If My Verse Was Alive

We Are What We Eat